Mustafa Jemilev and his Crimea

Mustafa Jemilev is a political and public figure, one of the leaders of the Crimean Tatar national movement. His family survived rozkurkulennya (or dekulakisation) in the 1930s and was deported from Crimea, their homeland, in the 1940s. Mustafa was expelled from the university and later put on trial for his political views, and later even taken to court. He had been imprisoned for fifteen years. Since Ukraine became independent, he has played an active role in political life and has proposed dozens of legislation drafts. Due to the Russian occupation, this world-renowned human rights activist has not been able to visit his homeland for several years now.

A form of repression by the soviet regime, which included eviction and confiscation of all property, labelled as the so-called “class struggle against kulaks”, the well-off villagers.

In February 2014 armed people in uniforms with no insignia started popping up in Crimea capturing the peninsula’s strategic objects. The “all-Crimean referendum” was held on March 16th, 2014, and resulted in the Russian occupation of Crimea. The referendum was not recognized by most of the world.

During that time, the Crimean Tatars were participating in protests stressing the importance of saving Ukraine’s territorial integrity and objecting to further integration with Russia. Due to the reasonable fear of persecution in the times of Russian occupation, tens of thousands of Crimean Tatars left Crimea. On top of persecuting people who resist the occupation, Russia purposefully moves more Russians to the peninsula to change Crimea’s demographic.

Mustafa Jemilev (Qt — Mustafa Cemilev) was born in 1943 in Crimea when the peninsula was occupied by the Germans. After the Soviet Army came in the spring of 1944, Mustafa and his whole family, together with the whole of Crimean Tatar people group, were deported to Uzbekistan.

— The first time I returned to Crimea was in 1989, during perestroika (restructuring the economic and political system in the Soviet Union) when you were no longer punished for returning to your homeland, but still not allowed to register your home address there. At that time, Crimea became a proverbial second frontier for our national movement. People were buying houses, later demanding to register them as their homes. Protests, rallies, hunger strikes: those were our ways of reclaiming the land.

— According to our statute, the head is appointed for five years but my term kept getting prolonged and I was the head of Mejlis of the Crimean Tatar people up until 2013. And at the same time, I was politically active in Ukraine.

Restructuring the economic and political system in the Soviet Union.

Before the Russian occupation, Mustafa Jemilev spent half of his time as a member of parliament in Kyiv and went back to Crimea between sessions. The last time he was in Crimea was on April 19th, 2014, when he left the peninsula for a regular session of the Verkhovna Rada of Ukraine. On that day, at one of the checkpoints that separate Crimea and mainland Ukraine, a Russian officer read the order of suspension of entry to the Russian Federation for Mustafa for five years.

— There was no signature, no stamp, just a printed out piece of paper. I asked, “Why did you decide to prohibit me from entering the territory of your country? After the deportation and returning to Crimea I have not visited Russia and I wouldn’t want to.” And they replied, “Crimea is also Russia.” I responded, “You must be great optimists to think that you will still be here in five years.”

Mustafa reminisces that at that time he truly did not think that the occupation would last this long. Meanwhile it has been six years since he was able to visit the peninsula.

— Almost all of my relatives are there, in Crimea, also lots of friends, not only Crimean Tatars. In these six years many of my close friends and family have died and I could not come to their funerals. We are certain that this occupation will come to an end, there is no way around it. It is a great challenge for the world order but it is, likely, a matter of time. I think many things will change after Crimea is back.

As a human rights activist, a member of the dissident movement, and a political prisoner, Mustafa Jemilev is closely familiar with the Soviet repression system and its methods. Even though during the Soviet times the dissidents underwent numerous searches and were even executed, the methods of persecution of Crimean Tatars in 2014 in occupied Crimea in some ways exceed Soviet times: secret abductions and murders, masked people surrounding houses without search warrants, etc.

— The searches are conducted with excessive material damages and humiliation. All of our fellow compatriots are under the impression that they are purposefully trying to provoke resistance to be able to justify a more violent reaction on their side.

Mustafa Jemilev is sure that as an ethnic group Crimean Tatars will only be able to survive on their own land, so no matter what political views they hold, they are united by their desire to return to the homeland. The first thing required for this is getting rid of the occupiers, and the second is to restore the national and territorial autonomy within Ukraine, which will provide assurance for saving and developing the language, culture, and traditions of Crimean Tatars.

— There was a time when a significant chunk of Ukraine was part of Crimean Khanate, now we are part of Ukraine. From time to time we change our status but if we separate, Ukraine will be lost to us, so under no circumstances should that happen. We will be part of Ukraine. We [the indigenous people] are the founders, a part of Ukraine as a country, so we see our all, our own, in Ukraine.

Ay Serez (Mizhrichia since 1945) is a village in the southeast part of Crimea, near Sudak city. It is a hometown for several generations of Mustafa’s ancestors. In the 1930s, his parents went through rozkurkulennya and were deported to the Ural mountains area.

— They had their own vineyards and a few cows, which was considered a luxury. They successfully escaped [from Ural] but did not return to Crimea right away, going to Melitopol instead. Later they finally ended up going to Crimea, but not to their native village as the NKVD (The People’s Commissariat for Internal Affairs — ed.) could be notified. They settled in the Freidorf area, in northern Crimea, in Bozkoy village. I was born there. In 1944 we were deported from Crimea from this very village.

After returning to Crimea in 1989, Mustafa did not return to Ay Serez. As the head of the Crimean Tatar national movement, he had to live near the Crimean capital. At first, he purchased a small house near Simferopol and later moved to Bahchesaray (Qt — Bağçasaray). He visited his ancestors’ village every year:

— From the time of mass migration of Crimean Tatars back to Crimea, a tradition was born: every village would choose a day (usually a Sunday) to celebrate the village day. On this day, every villager and their descendants made an effort to come to their home village to celebrate together. I would go to Ay Serez almost every year to meet with countrymen and visit my parents’ home.

Mustafa decided to purchase the house that belonged to his father before the deportation but since he was already a public figure the owner requested quite a high price of $50,000. He was not able to get the money for a long time, but the funds were finally raised through Crimea Fund, a charitable organization.

— The house is pretty unremarkable but at the time of rozkurkulennya it was probably considered quite big, with one and a half floors. By Soviet standards, it was considered a big luxury, so it was taken away.

The Jemilev family house was supposed to be restored and turned into a recreation centre. However, the Russian occupation authority seized the house, as well as all of the Crimea Fund property.

— Right now, the house is in such an uncertain state. We can’t do anything there, but the government does not dare confiscate it. They probably understand that the European Court of Human Rights tracks private properties very closely and could make a ruling. The same goes for the office of Mejlis of the Crimean Tatar people. They closed it off, sealed it, but cannot claim it. So the building is slowly falling apart.

Involved in the preparation of the material 20 volunteers 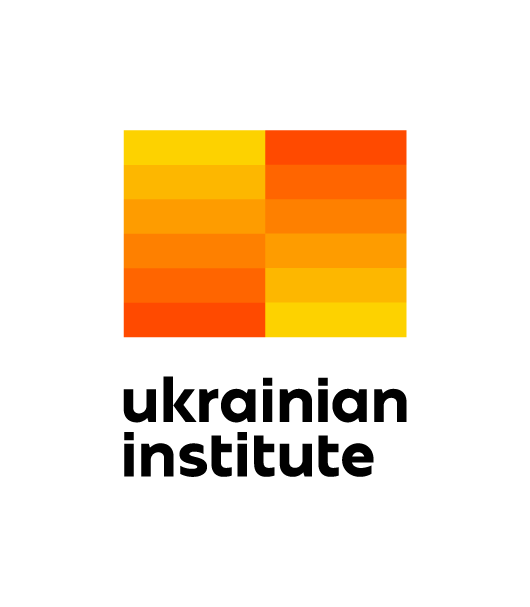